I'm happy to announce we now have code preview for Django projects!

We built the Django editor initially without the code preview feature. When we introduced Node/Express support, we added the code preview to it. It was an instant hit and we realized how we missed that feature back in Django world. 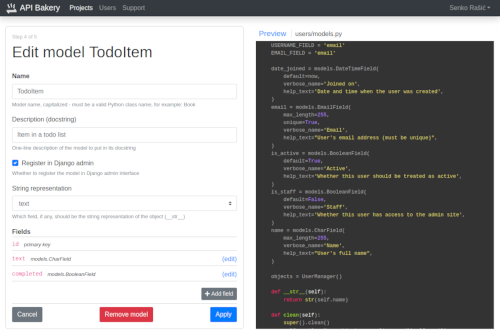 So we enabled it for Django too. When you create your Django projects, you'll now immediately be able to see how the generated code will look. No need to go through full build just to check how some change you make will reflect in the code.

Build your next API backend in seconds.

We create production-ready code for your backend service, customized just for you.